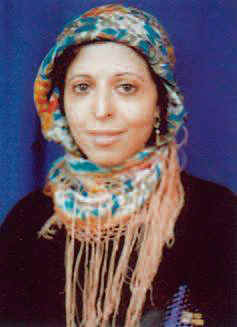 Raufa Hassan – a pioneer Yemeni women’s rights activist and brilliant intellectual and journalist – was more than just a public figure. Born ahead of her time, she was bigger than life itself. She touched the lives of many men and women, including this writer. Her life tells the story of a unique woman who believed in the possibility of social change, only to die expressing despair.

Born in 1958 to a well-to-do Qadi family in north Yemen, Hassan was raised by her grandfather, a judge with a wealth of knowledge. A gifted child, she was allowed to follow him in every mosque’s Zawiya (religious teaching circle) he attended. She was his favourite grandchild, as she recounted to this author in an interview in 2006, and social rules did not seem to apply to her. Thanks to her grandfather’s care and instruction she was able to skip three years of her elementary education.

Her childhood was a time of rapid political and social change. The imamate regime was overthrown in a military coup in 1962; north Yemen was waking up from centuries of isolation; nationalist and socialist ideologies were setting the tone in the Arab region; a civil war erupted and the power struggle that followed ended with conservative tribal military elites taking over.

Social change at the time was chaotic, still unshaped and without a clear direction. She explained:

‘I used to wear sharshaf with the lithma (two pieces of black cloth that cover the woman from head to toe complemented by a black garment that hides the face), play football and ride with my best friend on her bike. Identity was not yet female and not male either. Neither was it a traditional female. We did not know at the time which traditions we should keep and which we should rebel against.’ (Interview by Author, 13 October 2006)

Her future battles with political Islam were to be discerned from her childhood memories. Her religious teacher in sixth grade was none other than the famous Salafi preacher and future Bin Laden’s mentor, Abdul Majeed al-Zindani. She and other girls at her class used to mock him every time he entered the class by exposing their faces to him. He would mumble an angry Astaghfur Allah (God’s Forgiveness) and they would smile back.

One day she was riding a bike with her female friend and saw him walking down the street. She stopped her friend, jumped off the bike, ran to him with her sharshaf and asked: ‘Professor, is riding a bike halal or haram (permissible or prohibited from a religious point of view)’. His answer was curt: ‘ it is morally offensive!’ She ran back to her bike, looked at her friend and said: ‘let’s offend!’

Mocked as he was at the time by female pupils, al-Zindani would succeed in the early seventies in introducing 8 religious subjects (instead of one subject) to the curriculum in all public schools. Raufa Hassan joined other students in demonstrations against this decision but to no avail. The seeds of indoctrination of children in Orthodox Sunni Islam had been planted.

Critical as she was, her awareness of gender roles went through stages. During her early years as a female radio presenter she often reproduced elegant images of nothing but traditional roles of women:

‘I used to have a woman program in TV and Radio. I am criticising myself now. The radio program was daily and I used to write many of its components. I used to talk about the role a woman should play when she meets her husband. How she opens the door to him and smile to him, how she should cook and work. In other words, a sanctification of the very traditional social roles we are condemning – instead of a partnership with man, the responsibility should only be shouldered by the woman…’

In line with this, the first generation of women activism at the time was still restricted to charity, led by women of the upper class. Raufa Hassan was a member and later in 1974 a director of the Society of Yemeni Woman in Sana’a. Only later in the seventies did women of middle class background enter the scene.

She did not question the patriarchal structures of Yemeni society until later, she recounted. She would resist any attempt by men in her life to control her – she died single. Although conscious that what they were asking her to ‘give up’ was ‘unfair’, she did not at the time situate this ‘unfairness’ in a broader context. Her travels for higher education to Egypt, the USA and France, her field research in Yemen to get her PhD in sociology from Paris University, and her participation in Arab and international women’s conferences have played a decisive role in her intellectual development.

Notwithstanding these early stages, her perception and position on gender went beyond western feminism. She fought her way when she opened in 1993 the Woman and Social Studies Centre at Sana’a University. While the resistance of some university’s officials and professors at the sociology department were expected (the latter was insisting on using Marxist theories on gender which neither she nor her team subscribed to (nor indeed to liberal theories on the topic). It was also very telling that she had to resist an attempt by the Netherlands’ government, as a donor, to prescribe how gender should be studied in Yemen. She said:

‘We did not agree with the Western concept of feminism. Feminism used to mean a ghetto, in general for women – a ghetto of women, who had in fact very radical positions even by Western standards. But this was not our perception. We wanted men and women to study our society and to question the existing theories so we would be able to create a new theory. We cannot do that as women alone; nor can men do that alone; we should do that together. It is not a story about the female gender. We are talking about the story of female and male genders and our problems together because we are facing problems with each other…’

In the end the Centre would turn into a real agent for social change. It emphasized critical thinking. It offered courses on women and education; women and socialization; women and the media; and women and Sharia and law. Part of the requirements was for students to conduct field work. Many taboo issues were opened, investigated, and published in papers. The backlash from conservative and Islamist groups was therefore expected.

What Raufa Hassan did not expect was the way the centre got entangled in a surrogate political struggle. 1999 was a decisive year. The alliance between President Saleh and the Islamist Islah party, which was crucial for Saleh’s victory in the 1994 civil war, was coming to an end. A new presidential election was due. Despite the political row with Saleh, Islah’s leaders were unable to agree on a presidential candidate. The party is composed of Salafis, Muslim Brothers and tribal factions. To keep the party united, a compromise was reached and the party leadership decided to support Saleh’s candidacy. The decision did not satisfy Islah’s party bases and supporters. A distraction was needed. A conference organized by the Centre on the future of Gender Studies on 12–14 September (a week before the presidential elections) provided a perfect opportunity.

Some remarks made in French by an invited participant were taken out of context and distorted in a translation published by the Islah party a day later. In a matter of couple of days more than 150 thousand signatures were gathered in Yemen against the centre; An Islahi Preacher, who was an MP at the time, produced three cassettes attacking Hassan, the Centre and Gender! Similar attacks were repeated in more than 130 Mosques. Thousands went to the streets of Sana’a calling for the defence of Islam and attacking Hassan in the process. An investigation was opened against the centre. No one was talking about Islah’s decision to support Saleh’s candidacy anymore. She was left alone:

‘I realized that what they (Islah party) are doing was far bigger than my size. I am small, I do not have a party, I am independent, and I do not have anybody to support me, no tribe, and no women’s movement to stand by me. I only have myself …. I told myself this is a new and strong wave of Bedouin turbulence ; if you stand in it, you will get swept away by it. You can only do what plants do in a storm: turn your head down until the storm is over. Once it is over, you can come back, try to regain your strength, gather what have been scattered and see what you can do. You do not have other alternatives.’

She left Yemen and for four years Raufa Hassan worked and taught in Holland, Denmark and Tunisia. She turned down a professorship at Leiden University. Like a fish, she could not live in sweet water. She needed her salty water.

In 2003 she came back to Yemen and opened the Cultural and Development Programs Foundation. Her foundation did more than gathering what had been scattered. It worked relentlessly for empowering women to be politically active, and coordinating with political groups to promote governmental transparency and accountability.

Working for social change requires an optimist. Raufa Hassan believed strongly in the possibility of change in her country and was willing to work within the Yemeni political system, if this concession would enable her to achieve her vision. This very system stood lame during her darkest moment in 1999.

When the youth revolt erupted in February 2011 she was conspicuously silent. Her younger sister’s death in a car accident in Cairo and her own struggle with a terminal illness may have contributed to this. Yet her last article, entitled “Misery and Sorrow” published in al-Watan on 28 April 2011, 12 days before her death, revealed that her silence may have been a loud message. Her words did not leave room for misunderstanding:

‘I noticed the inexplicable absence of voices… of many persons, whom I respect. And I thought they may have been going through a similar condition to mine; and decided that inflating a torn waterskin is useless; their voices turned husky from explanation and clarification; holding a candle in darkness, (yet) every time they light it, it would blow out; until they despaired, lost their patience and became silent…. If that was their way, then it is not for me to deviate from it.’

For those who knew and loved her, her last words, far sighted as usual, were a startling wake-up call. Outsmarting the cunning Yemeni state would prove as difficult as she predicted.