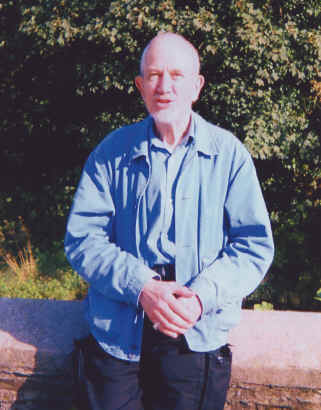 Abdelmalik Eagle, who died suddenly in May last year at his home in Durham, was an active member of the Society and a much valued contributor to its Journal.

After leaving school, Abdelmalik did his national service in the army, which introduced him to Aden and Southern Arabia. In 1964, after graduating from St Catherine’s College, Cambridge, with a degree in Ancient Greek, he successfully applied for an English language teaching post in Saudi Arabia. He served first in Jeddah, later in Riyadh and finally in Taif. During his time in Saudi Arabia he learned Arabic and embraced Islam. He returned to Britain in the 1980s to study for an MA in Islamic Literature at Manchester University. The elegance of his Arabic script, which matched the neatness of his written English, was a source of admiration and envy!

Abdelmalik travelled widely in the Middle East, but the two countries where he perhaps felt most at home were Yemen and Oman. His knowledge of Yemen’s history and culture was vividly reflected in his obituaries of leading Yemeni personalities, and in his book reviews. It is hard to imagine any other European writing with such detailed knowledge and understanding, as Abdelmalik did, of Imam Badr (died 1996), Qadhi Abd al-Rahman al-Iryani (died 1998), senior princes of the Hamid al-Din family, the late Mufti of Yemen, Sayyid Ahmad Zabara, and, more recently, of younger personalities such as Mujahid Abu Shawarib, Yahya Mutawakkil and Jarullah Omar. In addition to writing for the Society’s Journal, Abdelmalik contributed to The Independent, The Guardian, Impact International and Dialogue.

As a devout Shia Muslim, Abdelmalik deeply felt the suffering of the Iraqi people and remained closely in touch with the Khoei Foundation in London where a memorial service was held for him in June 2008. His earlier funeral and burial took place at the Mosque in South Shields.

Abdelmalik was a member of the Royal Asiatic Society, the Royal Society for Asian Affairs, and the Anglo-Omani Society. He also supported two other, Yemen-related, charities: Friends of Hadhramaut and Friends of Soqotra.