Glencairn Balfour Paul, Arabist and former diplomat, who died on 2 July 2008 at the age of 90, spent much of his retirement in close association with the University of Exeter. As an Honorary Research Fellow at Exeter’s Centre for Arab Gulf Studies (later the Institute of Arab and Islamic Studies) he played a significant part in organising international conferences on the Gulf region and Yemen. His researches at Exeter produced a number of papers and articles on the political economy of the Gulf states, but his major accomplishment was his book The End of Empire in the Middle East: Britain’s relinquishment of power in her last three Arab dependencies (Cambridge University Press, 1991). This meticulously researched, finely balanced and elegantly written work charts the ending of Britain’s administration of Sudan and Southern Arabia, and the termination of Britain’s treaty responsibilities in the Arabian Gulf. Glencairn’s initial career in the Sudan Political Service, his later service as a British diplomat in the Gulf, and his intensive exposure to the politics and culture of North and South Yemen at a conference on that region hosted by Exeter in 1983, admirably qualified him to tackle this challenging survey.

His association with Exeter continued for more than 25 years until his death. His sharp intellect, tempered by his courtesy and sense of humour, his wise counsel, and his readiness to share his extensive knowledge of the Middle East with a whole generation of postgraduate students, won him widespread respect, gratitude and affection. It was fitting that his autobiography Bagpipes in Babylon: A Lifetime in the Arab World and Beyond (2006) should have been launched at Exeter’s Institute of Arab and Islamic Studies (IAIS). He elected to compose the book in a light and readable vein, commenting that ‘life is too serious not to be taken lightly’! 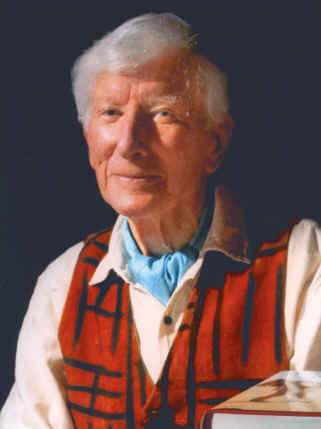 Glencairn spent much of his career (about a quarter of his book) in Sudan: during the war on secondment to the Sudan Defence Force from the Argyll and Sutherland Highlanders; and after the war in the Sudan Political Service on postings to Blue Nile and Darfur provinces (where the job which he had been promised as archaeologist fell through on Sir Douglas Newbold’s early death). It was his apprenticeship in these remote areas of the country to which he owed his fluency in Arabic. A vivid account of his time in Darfur as Resident Adviser to the Masalit Sultan in Geneina, was published in Meetings with Remarkable Muslims (Eland, 2005).

Before leaving Darfur in 1954, when Sudan was heading for independence, he embarked on a trek by camel with his wife, Marnie (who was to die tragically early in 1970), and their two small daughters. Leaving them at the last waterhole, he set off to explore the Ennedi foothills in the French district of Tibesti, and to look for prehistoric rock paintings. After a few days alone he met up with his local guide, Ordugu. One memorable morning Ordugu produced a carefully preserved passport photograph ofWilfred Thesiger in proof of his claim to have accompanied Thesiger on his Tibesti expedition thirty years earlier.

After returning to Britain, Glencairn entered the Diplomatic Service, and, following a posting in Santiago, was sent as First Secretary to Beirut. Later, in the mid-1960s, he was appointed Political Agent in Dubai where he played a key role in the replacement of Shaikh Shakhbut, Ruler of Abu Dhabi, by his brother, Zaid. His next posting was to Bahrain as Deputy to the then Political Resident, Sir William Luce, whom he had known and much admired in Sudan. In 1969 Glencairn was appointed Ambassador to Iraq at a time when Saddam Hussein was positioning himself to take full control of that country. After Iraq broke off relations with Britain (over the issue of the Shah’s seizure of the Tunb and Abu Mousa islands) Glencairn was transferred to Jordan where the main events of his tour as Ambassador were the outbreak of theYom Kippur war in 1972, and his marriage to his social secretary, Jenny Scott. His diplomatic career ended with two years as Ambassador inTunis which he considered ‘the least inspiring job in the service but [with] the most inspiring Residence to do it from’!The Residence at La Marsa had been a former summer palace of the Bey of Tunis. Before moving to Exeter, he spent 1978–79 as Director-General of the Middle East Association.

In 1982 Glencairn visited Sana’a on behalf of the University of Exeter, accompanied by his wife, Jenny. This was their first visit to Yemen, and it aroused her fascination for indigo, its production and varied uses. Glencairn took great pride in Jenny’s emergence as a world expert on the subject. Her interests led to their travels to other countries in the Arab world, to parts of Asia and West Africa where indigo was still produced and even to the remote Polynesian islands of the Marquesas, where Glencairn was delighted to be in the footsteps of his relative Robert Louis (Balfour) Stevenson.

On 19 September 2008 the IAIS hosted a reception to celebrate Glencairn’s life. It was a multitudinous occasion attended by members of the family and a host of friends and former colleagues. Speakers drew attention to the breadth of Glencairn’s interests – as watercolourist, linguist, occasional librettist, archaeologist, and widely respected poet (his collection, A Kind of Kindness, was published in 2000 by Cervisian Press).

Of the many written tributes to Glencairn, perhaps the following words speak for all who had the good fortune to know him: