Hadhramaut and its Diaspora: Yemeni Politics, Identity and Migration 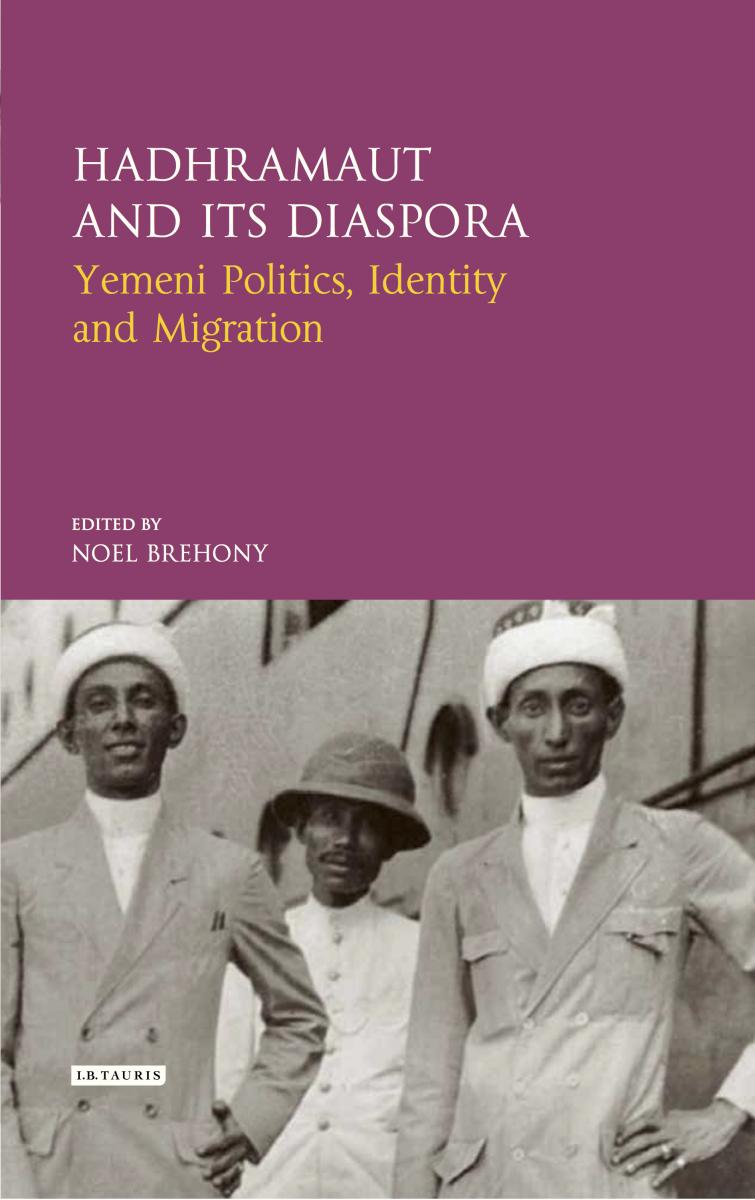 The Hadhramaut Research Centre (HRC) invites members of the British–Yemeni Society to the launch of the book Hadhramaut and its Diaspora: Yemeni Politics, Identity and Migration. The volume has been edited by Dr Noel Brehony CMG former chairman of the Society and contains twelve chapters from among the papers presented at the earlier "Rediscovering Hadhramaut: Paradigms of Research" conference that took place at SOAS in March 2015.

The event will take place on Tuesday 25 April 2017 at 17.45 in the Wolfson Lecture Theatre, Paul Webley Wing (Senate House), SOAS, Thornhaugh Street, Russell Square, London WC1H 0XG. Those in attendance are invited to a reception following the launch at 19.00.

Hadhramis have migrated for centuries in large numbers, establishing a diaspora that extends around the Indian Ocean, Saudi Arabia and the Gulf States. This migration has deeply affected the host countries as well as Hadhramaut itself. This book examines the Hadhrami diaspora, who travelled as religious scholars, traders, labourers and soldiers, to understand their enduring influence and the Hadhrami identity. In doing so, the book explores key aspects of Hadhrami history, including the impact of Yemeni nationalist movements, the significance of land reforms for the Hadhramis, the importance of social and tribal origins and how Hadhramis - as a Muslim community - have resisted colonial domination. Yet Hadhramaut, though a distinctive part of geographical Yemen, has not been able to use its population size, capabilities or resources to wield significant political influence in successive Yemeni regimes. This research asks if the current turmoil in Yemen following the Arab Spring, the growth of Al-Qaeda and ISIS, and war involving a coalition led by Saudi Arabia, will produce even greater instability in the region or perhaps lead to a united Yemen, a restored South Yemen or even to Hadhramaut as an independent state. In posing these questions, Hadhramaut and its Diaspora: Yemeni Politics, Identity and Migration also explores what role the diaspora can play in shaping the future of their homeland.

Muhammad Bin-Dohry will provide an overview of the HRC and Noel Brehony will go on to introduce the book, he will speak briefly about the chapters of authors who are unable to attend the launch and will acknowledge the contribution by the late John Shipman to the editing of the book. William Clarence-Smith, Thanos Petouris, Helen Lackner and James Spencer will then discuss their contributions to the book. The book will be offered at a special reduced price at the launch. It will also be produced in electronic version at a reduced price.