Yemen: Challenges for the Future Conference

Convened by Dr Noel Brehony and Thanos Petouris, the "Yemen: Challenges for the Future" Conference was held on the 11th and 12th January 2013 at the Brunei Lecture Theatre of SOAS, University of London. It was attended by more than 350 academics, journalists, policy makers, representatives of international organisations and foreign governments, as well as a large number of 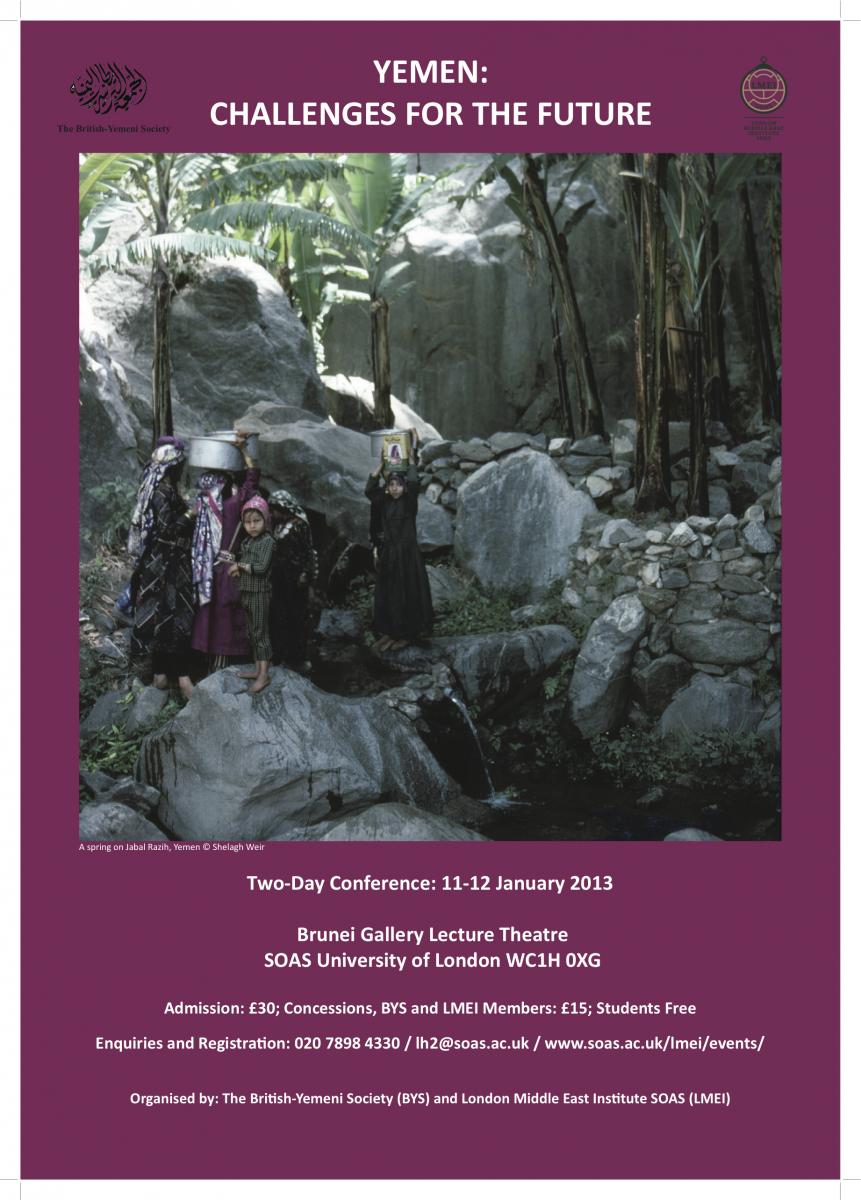 Yemenis who travelled from various parts of Britain, Europe, and Yemen itself to London. The conference offered the opportunity to new and established researchers to present their work to a wider audience, discuss it with peers, and put forward potential solutions to the multitude of pressing problems facing the country. Topics discussed included domestic and international politics, the economy, migration, social policy, culture, and rural development. This was the fifth major conference to be held in Britain in the last thirty years, and the first one in fifteen years.

The Conference was an unqualified success and its impact reached well beyond those present. The proceedings were reported live on social media such as blogs and twitter; summaries of the panels appeared in both the Western and Arab press, whilst participants themselves conceded that it improved their understanding about Yemen. The book Why Yemen Matters: A Society in Transition the chapters of which are based on the Conference papers was published by SAQI a year later.

The Conference would not have materialised - it was indeed postponed for a year - without the valuable support of an important number of sponsors. Those were: Hayel Saeed Anam & Co, The MBI Al Jaber Foundation, The Yemeni-British Friendship Association, MENAS Associates, The Thabet Group, and NEXEN. For more information see the Programme and Paper Abstracts attached below.