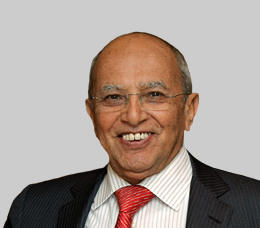 The British-Yemeni Society, its Chairman Dr Robert Wilson, OBE and its Executive Committee note with sorrow the death of Dr Abdul Karim al-Eryani, a central figure in Yemeni politics over several decades, and also a man of great culture and knowledge. His family have issued a moving plea for peace and an end to the bloodshed that has engulfed the country.

He will be greatly missed by the people of Yemen and that country’s friends. It was after his visit to the UK in 1992 as Foreign Minister and at his instigation that our Society was formed.